Within minutes of students arriving to class, I was presented with treats from two of them. One student brought individually wrapped decorated cookies for every student in class! 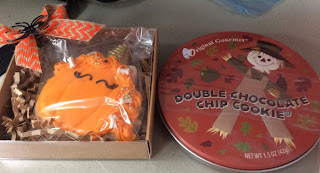 It's always fun seeing the multitude of costumes and the excited students. Several figured out my costume without asking questions. 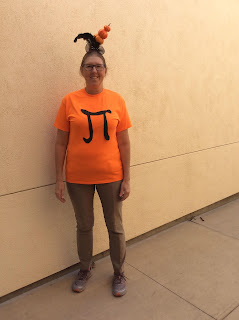 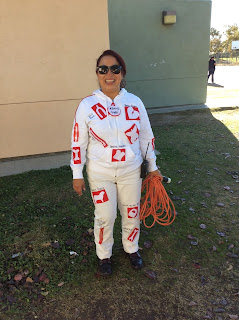 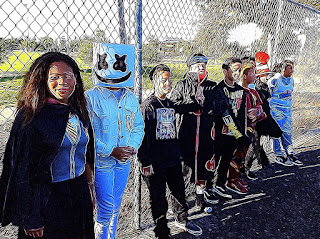 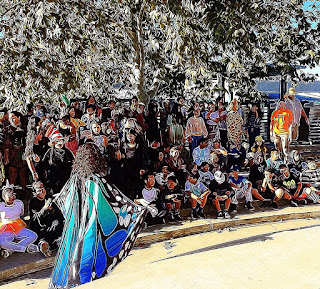 Students worked on solving a BreakoutEDU in teams. 3 teams solved them in about 30 minutes followed by a couple more several minutes later. 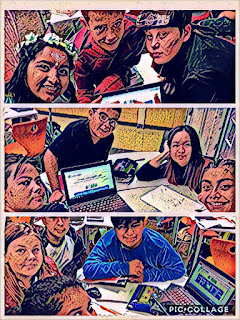 Students took a Q-tip skeleton activity to a whole new level. Some students labeled bones by name and at least one student found out about the number of bones in the human skeleton. It took a while, was messy and a bit noisy, but they cleaned up the room really well at the end. 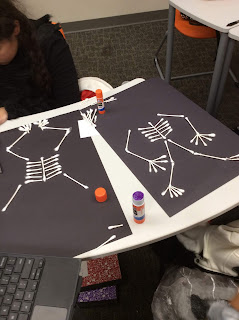 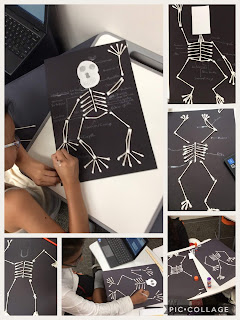 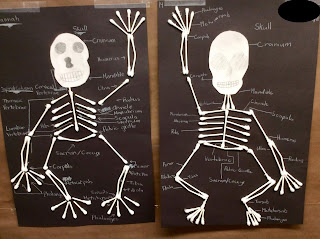 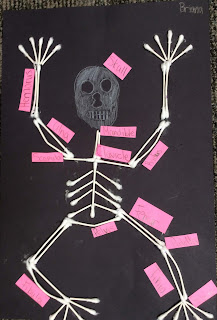 This morning during the meeting some voice levels were getting a bit high. A couple of students are exercising leadership skills by asking classmates to refocus on the voice levels. It is nice to know the students are taking charge.

The morning activity was origami frogs. It was a complicated activity but students didn't give up. Those who understood were very willing to help classmates who were confused.


The other huge success was getting students in computer science class to download and use Screencastify for Chrome.

This week was Red Ribbon Week. Rio del Mar set up some dress up days to show support for saying NO to drugs. Today was Wear Red Day. I was totally laughing first thing with the way most 6th graders comprehend "wearing red" versus the younger students. There were a few 6th graders in red. 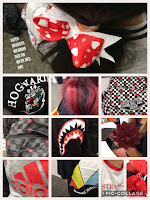 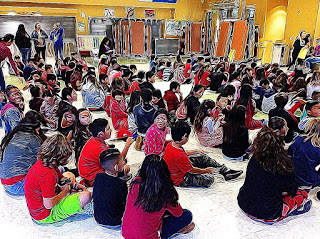 6th graders guided their 1/2 buddies in a science activity after teaching them a rhyme. They learned about how important it is to listen to directions.

Morning meeting is always fun. Today we played a critical thinking game called Aunt Minerva. Students are speaking in Complete sentences during reflection. They are improving daily.
Students were enjoying the inter-active Pear deck during social studies/science.
I always like it when the time gets away from me in class. Those times when students are so into the activity that both of them & I don’t realize what time it is. That happened twice today. During math and during science/social studies.
During computer science this afternoon, I gave the students a challenge to animate there name using scratch. Scratch is a coding program from MIT. It was fun to see what students came up with. They were really good at helping each other out when need be. It was a great class.

The morning greeting was a mix and mingle to music and students really responded well.


Students evaluated their experiences with the bumper car activity. The thoughtful responses were impressive. 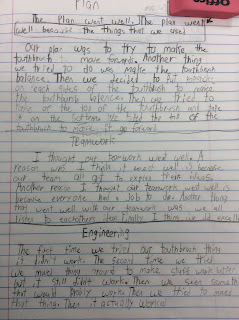 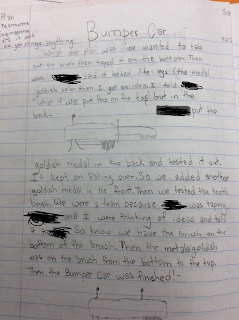 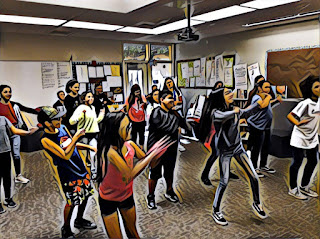 It was PE Dance Unit day and the students were all actively involved. 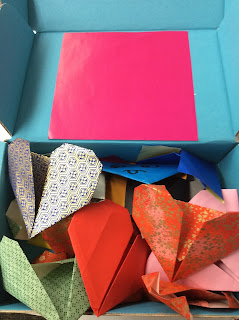 Since it is Global Maker Day, our morning activity was to make origami hearts. HT led the class and was very patient and careful with her instructions. The students were pleased with the results. The hearts will be used as prizes for our games at the Harvest Festival. Later on, students were given time to make whatever they wanted to make. 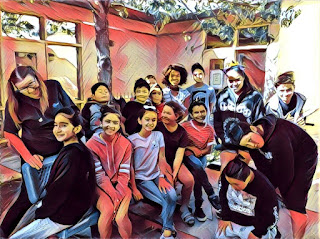 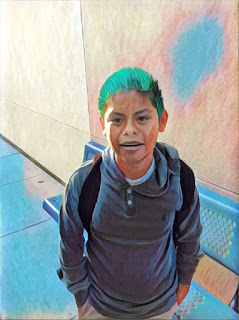 It was absolutely silent as I read from Out of My Mind. We finished the book today.

The morning meeting went well even with a slight glitch when I didn't remember how to do the Cross Circle greeting. The activity was building a story using the alphabet as the base. Each student had to begin a sentence using the next letter of the alphabet. The students were incredibly creative and told a story about animals running amok in the cafeteria and chasing all the students away. There was a kangaroo, a unicorn, and a zebra, in the story.

Students worked on floor plans of bumper cars. Three groups were able to complete their plans during the time we had today. One plan included the bumpers around the edges.


During reading, students discussed the meanings of words and identifying elements within a story. Some words discussed were psychological transformations, moral, and parable. The students used words they knew to figure out pronunciations of words they didn't know. The discussion about the moral of the parable in our book showed that students were understanding the meaning well.


Today we had a visit from Dr. Cordova during a math lesson on perimeter and area. Students were hardworking collaborators in action. The rewriting of definitions of perimeter was done well with many groups adding a visual component to enhance comprehension. 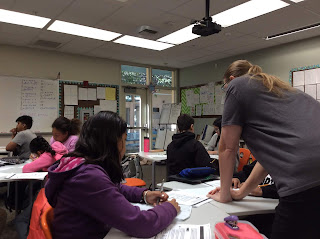 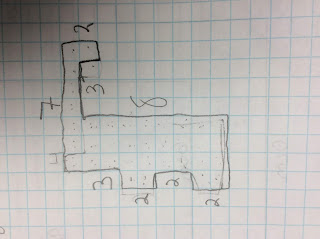 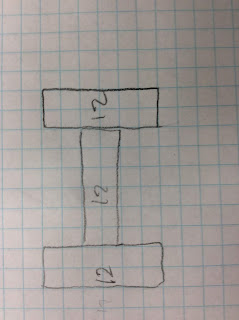 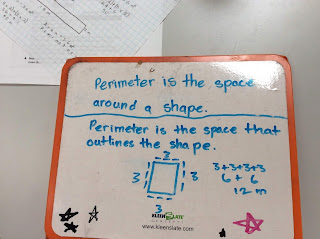 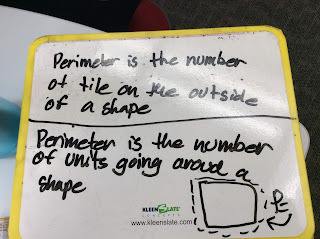 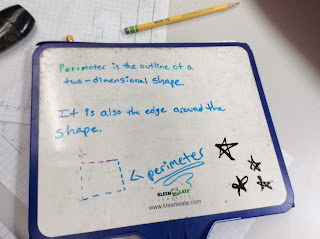 It was a fun filled morning for the students. First they went to the library, then we were doing morning meeting with a game called Alibi, when we were reminded about the popcorn fundraiser assembly which was starting just then. So off we went to the cafeteria for the assembly.

There was a DJ who was an absolute hoot! She had the students participate in a boys against girls "fill in the next line of the song" contest. The students were SO into it! I loved watching them.

Back in class, we finished the Alibi game and groans were heard as we transitioned to the next activity. They wanted another round!

During math, I've noticed that students are now more comfortable getting up to explain their thinking without worrying about mistakes. YEAH! We already have enough trust in the room to have an environment of true learning, learning that comes from mistakes. 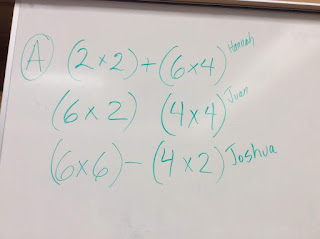 Juggling is also a big hit, but our unit has ended.

After school, I picked up a book at the library and a parent shared with me how excited her child is about going to school and participating in my class each day.